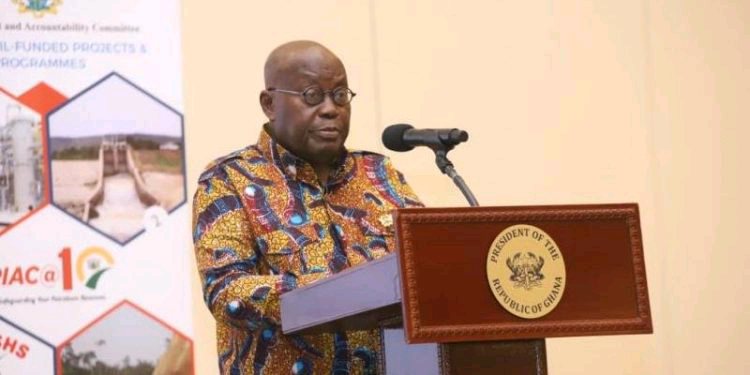 The President, Nana Addo Dankwa Akufo-Addo, has expressed his fear of the country being added to the list of countries banned from international travels following the detection of the Omicron variant in the country.

According to him, that is a possibility, as has happened to several African countries in particular including Nigeria and South Africa.

The Ghana Health Service (GHS) last week announced that a case of the variant has been detected in Ghana.

Subsequently, the Noguchi Memorial Institute for Medical Research said it has detected 34 cases of the variant in sequenced samples that were taken from 120 returning travellers.

However, President Akufo-Addo, speaking at a press conference at the Jubilee House on Tuesday, December 7, 2021, said the ban isn’t done on a fair basis.

Nonetheless, he said the government will do whatever possible to ensure that the citizenry is protected against the disease at all times.

“Yes, obviously, I share the fear that we may also be blacklisted even though it has not been done on any basis because if it was done on a fair basis, South Africa itself would not be the object of the ban. People are acting in an arbitrary manner responding to political or racial or whatever considerations but there is nothing we can do about it except to protect ourselves and make sure we put ourselves in a good position.”

Meanwhile, the government has assured Ghanaians that it has put in place robust testing of COVID-19 at the Kotoka International Airport (KIA) to manage possible cases of the new Omicron variant in the country.

The Presidential advisor on health, Dr. Anthony Nsiah-Asare, in a Citi News interview said the country will continue to do mandatory isolation for all persons who will come into the country during the yuletide.

According to him, robust testing would be conducted at the airport to curb the spread.

“Because of the robust testing system that we have put in at the airport which we have even strengthened further for the Christmas festivities, we will continually be isolating anybody who tests positive and test him or her again on the third day, and if the person tests positive again, we will give him or her another seven days.”